Keeping Bexar Audubon Society members informed of activities, issues, policies, and proposals
that affect us all is important to us. We’ll post articles to ensure you’re up to date and
aware of the latest conservation news, projects, and research, as well as offering suggestions on ways you can help, including taking action in your own backyard.

Each week, we'll bring you an idea for products that can help you reduce the use of plastic in your everyday life.

Choose from many brands and styles of zero waste dental floss. 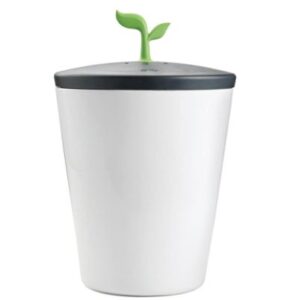 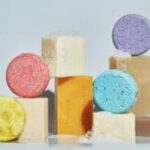 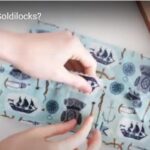 Shop local and support the local environment all at once

Join host Nate Swick every Thursday for news and happenings, recent rarities, guests from around the birding world, and features of interest to every birder. 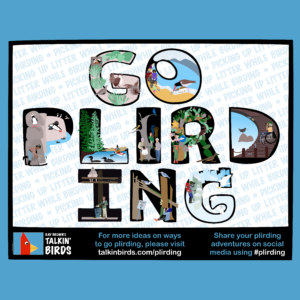 In Sweden a few years ago, a movement called “plogging” sprang up, encouraging runners to pick up trash along their run. Plogging (a combination of Swedish plocka upp —“picking up”— plus “jogging”) took off in popularity, and runners around the world now turning every run into a treasure hunt, picking up any trash they find.

Inspired by plogging, “plirding” is picking up trash while birding! Picking up even a couple of pieces of trash while we’re out on the trail or in a park can help make a difference. And as others see our example, they might be encouraged to pick up trash too—or perhaps even not throw it on the ground in the first place.

A quick note in these times of COVID-19: please continue to maintain the recommended 6’/1.5m of social distancing while out plirding, and do not pick up anything you do not feel comfortable picking up. The CDC recommends the use of face masks and hand sanitizer, and we think wearing gloves while plirding is always a good idea!

BirdLife International asks you to sign the petition to make it a UN-recognized human right to live on a healthy planet: "The United Nations must show leadership by recognizing a healthy natural environment as a human right as part of their response to the coronavirus crisis." 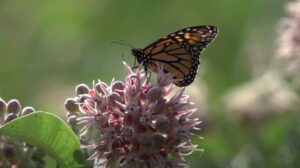 2020: A Metamorphosis uses the monarch butterfly's migration as a lens through which to view this unique moment in history and how we are adapting. The 24-minute film (click here to watch) follows the monarchs' 2020 multi-generation migration from Mexico on their journey north and back to Mexico in October. Viewers will appreciate the parallels between monarchs’ struggle to continue their life cycle and ours, in this year of a deadly pandemic, social unrest, and climate change. Directed by Walley Films. Produced by Texas Butterfly Ranch for their 5th Annual Monarch Butterfly and Pollinators Festival.

SAVE BIRDS FROM GLASS COLLISIONS! Birds can’t see glass. As a result, up to one billion birds hit glass and are killed each year in the U.S. alone as they try to navigate around houses, office buildings, and other obstacles.

This iNaturalist project seeks to document window strikes that result in bird mortality by collecting data on such strikes in the nine-county area served by Bexar Audubon Society. This data will be used to EDUCATE people about the danger that glass poses to birds and to INFORM individual and city decisions on building practices and bird conservation (bird-friendly glass and strike prevention methods).

If you find a deceased bird whose death was caused by flying into a window, please take a photo of the bird and upload it in iNat to this project. We need the specific location where each photo was taken (name of building, street address, GPS coordinators, or other locators). We are collecting data to document where the strikes are occurring so we can address the underlying causes (glass type, lighting, feeder position, plantings that attract birds, etc.)

IF YOU FIND AN INJURED BIRD that has obviously hit a window, please call Wildlife Rescue and Rehabilitation EMERGENCY NUMBER 830.336.2725; their staff will advise you.

WARBLER WOODS CAN TRANSFER DECEASED BIRDS TO TEXAS A&M:  Warbler Woods Bird Sanctuary in Cibolo, just northeast of San Antonio, is licensed to hold the birds that will then be transferred to Texas A&M. If you find a deceased bird, even a common one:
1.  Put deceased bird in a plastic freezer bag and include a note with county in which the bird was found, reason for death if known, species if known, date if known
2. Remove air from plastic bag and store in freezer
3. Make arrangements to bring bird to Warbler Woods Bird Sanctuary by emailing warblerwoods@gmail.com
4. Place the bird in the garage freezer at Warbler Woods and email Warbler Woods to let them know you have dropped off the bird

Wildlife conservation has been on the table in the U.S. Congress recently, as illustrated by two huge moves. On June 17, the U.S. Senate passed the Great American Outdoors Act which would fund the Land and Water Conservation Fund and much-needed maintenance in our national parks. On July 1, the House passed a Transportation and Infrastructure bill that included the Recovering America’s Wildlife Act language.

But celebration is not enough. Each of us needs to act to keep this momentum going.

LWCF: The Land and Water Conservation Fund was established by Congress in 1964 to fulfill a bipartisan commitment to safeguard our natural areas, water resources, and cultural heritage and to provide recreation 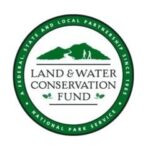 opportunities to all Americans. Using zero taxpayer dollars, the fund invests earnings from offshore oil and gas leasing to help strengthen communities, preserve our history, and protect our national endowment of lands and waters. The LWCF program can be divided into the "State Side" and the "Federal Side".

GAOS: The Great American Outdoors Act, passed by the U.S. Senate on

June 17, 2020, and pending passage by the U.S. House of Representatives, will provide permanent funding for the Land and Water Conservation Fund. Both political parties and the President have publicly asked for the legislation that will permanently fund LWCF and the backlog of maintenance at national parks, refuges, and forests. The bill now heads to the House in HR 7092.

fish and wildlife species of concern in states and on tribal lands and provide critical funds to increase nature education and outdoor recreation. The bill addresses the decline of many wildlife species as reported in Reversing America’s Wildlife Crisis,

RAWA scored a victory in early July when it was passed through the House of Representatives as part of HR 2 (Moving Forward Act), which is a Transportation and Infrastructure stimulus package. The bill provided 5 years of full RAWA funding, which is enough time for the conservation community to demonstrate huge conservation successes. The bill package now moves to the U.S. Senate.

Letting your US Representatives and Senators know that you support these conservation measures will be critical to keeping this momentum going.

Our parks, refuges, forests, and wildlife need our help.

Please stay in the know and act. 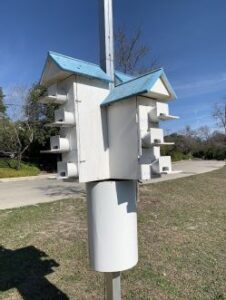 housing because of loss of habitat and competition. To ensure successful nesting, housing must not be impeded by tall trees within 30 to 40 feet with wide-open flyways. Entry holes must be resistant to European Starlings and houses must be accessible for regular inspection to help control competition from introduced species such as the House Sparrow and European Starling. For housing located in the country, a predator guard is a must to keep snakes from climbing poles and eating whatever they find inside.

Thanks to many generous donors, my husband, Elliott, and I purchased a 12-gourd rack and installed it close to St. David’s Church in Terrell Hills. With permission from the City of Alamo Heights, we have assumed responsibility for the two Purple Martin houses on Viesca St. at the Judson Nature Trails and at the Alamo Heights Little League fields. We received financial backing from local residents as well as support from Bexar Audubon Society to make necessary repairs to the existing T-14 Purple Martin houses at those locations. We have observed successful nesting pairs at all of these sites.

If you need assistance with mapping out a Purple Mountain house location, maximizing its effectiveness, or are interested in donating an unused house to the PurpleMartins78209 Project, please contact me at purplemartins78209@gmail.com or text 210/289-6477. Monetary donations can be made by Venmo @Allison-Hayne. 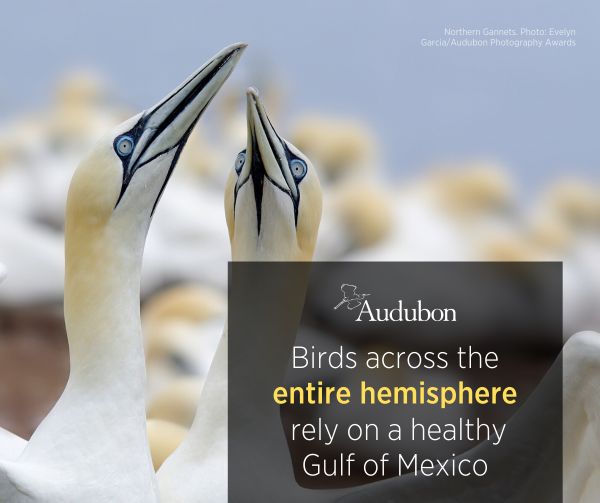 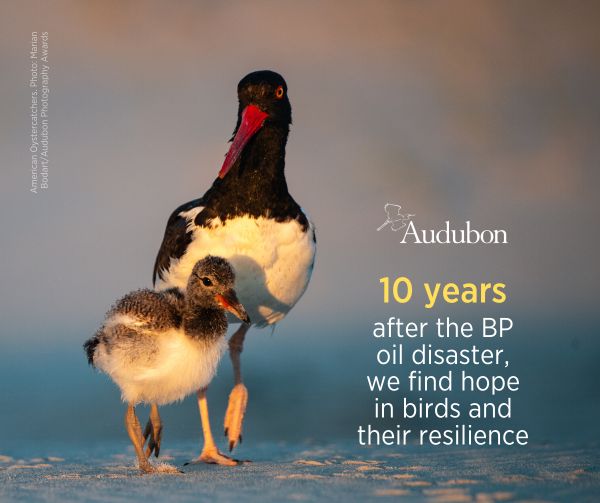 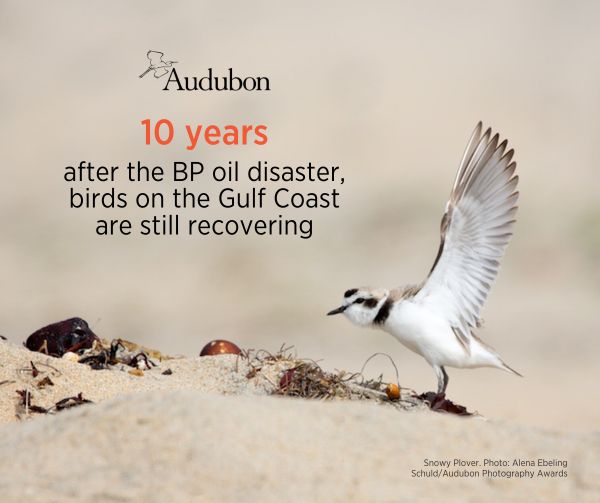 Since the BP oil disaster 10 years ago, Audubon has been protecting birds at more than 600 sites across the Gulf Coast. Last year Audubon developed a science-based plan that outlines 30 projects worth $1.7 billion, which will collectively address the recovery and health of 11 flagship bird species like Brown Pelicans, Black Skimmers, and Least Terns. Learn more. 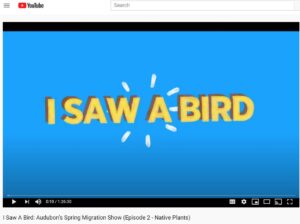 I Saw A Bird: Audubon’s Spring Migration Show brings a bit of the bird world indoors for everyone, no matter where they are. This  Facebook Live series highlights funny, engaging, educational, and sometimes weird bird-related topics and discussion, all while fostering a sense of community for everyone who has found joy in birds while stuck at home. More info and links to the episodes can be found here.

An Unlikely Partnership Can Bring Grassland Birds Back 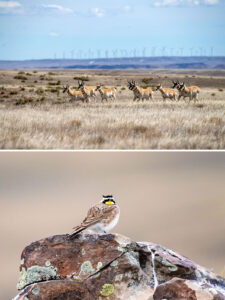 From National Audubon Society: For thousands of years, grassland bird habitat has been shaped by bison and other large grazing mammals. But today, grassland birds are one of the most threatened bird groups and barely a third of their habitat remains. Fortunately, the cattle that have replaced America’s bison can still help create excellent habitat for grassland birds when managed properly. Learn how Audubon’s partnership with America’s ranchers across 2.2 million acres can help bring grassland birds back from the brink. Keep reading

When It's Okay (or Not) to Feed Birds 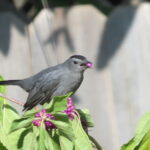 Providing food—for photography or simple enjoyment—can be a thorny issue. For guidance, ask yourself these three questions: Is this species at risk? Is the food appropriate and safely provided? Is feeding this bird likely to change its behavior in harmful ways? Read more in this thought-provoking article from National Audubon. 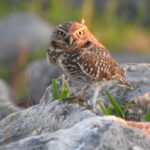 Understanding bird etiquette and obeying the law are common threads that unite us in our hobby and experience. The welfare of birds must come first. Here are seven of the most important things to remember to protect yourself and birds. Adapted from Birds and Blooms (Dec. 2019/Jan. 2020) article by Kenn and Kimberly Kaufman. Read more.

Nature is wondrous and one of the most fascinating phenomena in nature is migration. Twice a year birds embark on perilous journeys crossing mountains, deserts, and oceans, sometimes traveling more than 3,000 miles each way. Even tiny birds weighing less than a nickel, such as Ruby-throated Hummingbirds, cross the Gulf of Mexico to and from their wintering grounds every year.  Read this article by Kathi Borgmann at eBird.org. 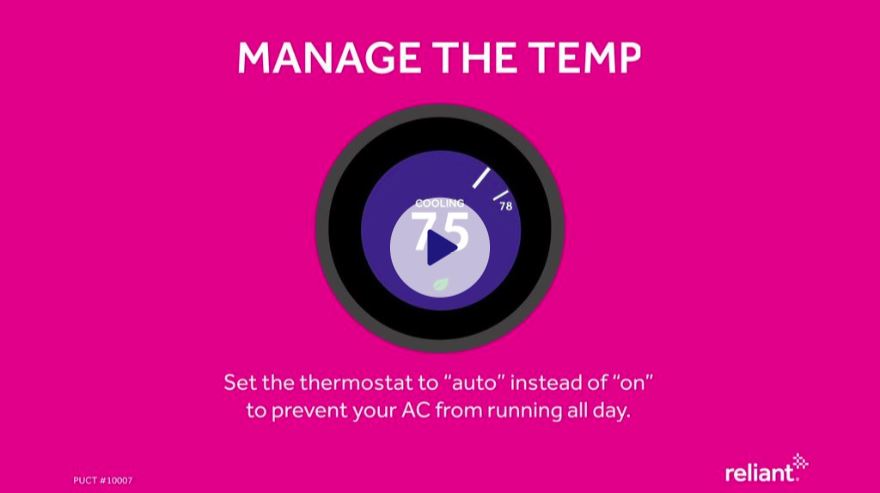 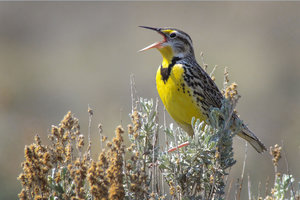 Two-thirds of North American birds are at increasing risk of extinction from global temperature rise. Click below to read the National Audubon Society report. 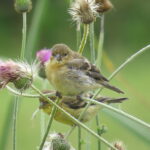 What are the Best Native Plants for Your Yard?

Search the National Audubon Society's Native Plant Database by zip code
to find the best native plants for birds in your area.

Do you Have Old Bird Lists But No Time to Enter in eBird?

Allan Seils, Travis Audubon Society Member, has a passion for preserving historic bird records. He has digitized and uploaded to eBird thousands of

bird sighting records that otherwise would be lost—a hobby he does for free. If you have old field notes/checklists you want to have digitized and possibly uploaded into eBird or other databases, please contact Allan by email.

Visit our partners and sponsors by clicking on their logos below. 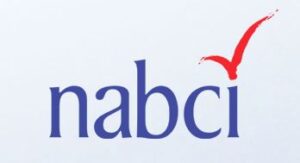 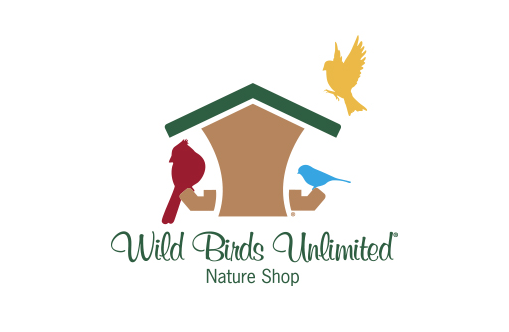